The Evolution of Desktop Software

While computer hardware started the digital age and catapulted our technology to where we stand now, software is what has transformed our daily lives, and what will lead to exponential growth moving forward.

But what is software, exactly? How did it begin? How did we end up here today, and where might we go tomorrow?

The answer is surprisingly complicated. Not because the history is unclear, but because the inherent properties of software have made it one of the most collaborative and influential global inventions of the modern era. With such an abundance of incredible breakthroughs, innovative scientists, and memorable moments, it’s impossible to identify every critical step along the way.

And it’s just getting started.

What is desktop software?

First, let’s take a step back and define what exactly desktop software is (and even then, the answer has changed over time).

Today, we understand software as a set of instructions given to a computer to help it accomplish a set of goals. Software in general is a collective term for applications, programs, and scripts that run on a computer or any other programmable device.

Desktop software can also be referred to as application software, and it’s typically installed over the personal or work computer. It’s a version of a service or web application located on your device, which allows that computer to interact with the application without directly connecting to the app’s website.

In other words, it’s a great option that gives you the best of both worlds when efficiently accessing information and services from your computer.

The early days of software

The first desktop software is difficult to trace, and even more difficult to trace outside of the origin of the computer. This is because as long as computers have existed, we’ve been telling them what to do. Furthermore, as mentioned earlier, the development of the computer and its software was an incremental process, with hundreds of individuals contributing to its development over time.

While the concept of the computer dates all the way back to 1822, it took a while for scientists and mathematicians to construct a useful model.

The 1940s can claim the first software, even if the idea of “desktop software” didn’t come around until decades later. The term “software” itself became popular in the late 1950s. Before that time, computers weren’t available commercially, and scientists mostly created their own programs (aka software).

Desktop software through the years

At the advent of the personal computer, most software could only be purchased alongside the computer itself as a bundled purchase, directly through the manufacturer. When a customer bought a “minicomputer” (which could still clock in at upwards of 50 pounds), the computer did not come with pre-installed software. Any software had to be installed by computer engineers.

Microcomputers ushered in the age of the personal computer. The first generation of personal computers started with the Apple II, Commodore PET, and TRS-80, which were followed much later by IBM’s PC desktop system.

IBM began selling software in the late ‘60s and early ‘70s, which was the first time commercial software was available to the average computer. This means that users could add different types of programs to any computer.

The first version of Tabs3 Billing Software was installed at a law firm in Lincoln, NE in 1979.

The 1980s were a big decade for computers, particularly personal computers. First, the Osbourne 1, the first portable computer, was released in 1981. While it was the predecessor to the modern laptop, it still weighed more than 24 pounds.

Also in 1981, IBM released its first personal computer, which included one of the earliest operating systems, the Microsoft MS-DOS. IBM’s brand recognition launched personal computers into mass-market use. The IBM PC led to the creation of a vast ecosystem of software for use with the platform.

Then in 1983, a company called Microsoft Corporation announced a Graphical User Interface (GUI) for its operating system. The product was first called Interface Manager, and Bill Gates would later change the name to Windows.

In 1991, the Linux operating system created the first major competitor for Microsoft (and it’s still one of the most common operating systems in Android phones and supercomputers today).

Prior to the 1990s, most software was distributed via floppy disks. With the rise of CD-ROMs, users could download programs faster and more efficiently.

Web browser software also emerged in the 1990s, bringing the Internet (and video games) to the masses.

Personal data assistants (PDAs) and smartphones flourished in the early 2000s, making it possible for consumers to take computers wherever they went. Operating systems such as Apple iOS and Google Android led to programs known as “apps” becoming commonplace.

After evolving from manual programming to floppy disks to CD-ROMs, users can now download software directly from the internet, cutting out middlemen manufacturers and cutting down costs.

Software has also become increasingly complex, able to accommodate a variety of functions that would have been unimaginable even 30 years ago.

Just like the ENIAC helped replace human computers to solve complex mathematical equations, modern practice management software is a fully integrated ecosystem capable of replacing time-consuming labor with the speed of a machine. And just like the ENIAC in 1948, it’s not replacing people. It’s allowing people to work smarter, freeing up time to focus on the things that truly matter.

The future of desktop software

Computers and software are still evolving. Artificial intelligence is changing the face of technology at exponential rates, and advanced programs are capable of more and more every day. Desktop software is more important than ever, and its programs are becoming increasingly complex.

When it comes to software, the only limit is your imagination. With near-limitless possibilities as one of the world’s most innovative industries, it’s only going to get better from here.

Ready to get started with Tabs3 Software, the desktop solution that will grow with your firm? Get in touch or schedule a walkthrough demo.

What You Need to Know to Finish 2022 Strong

How to Kick Off Q4 for a Strong End-of-Year 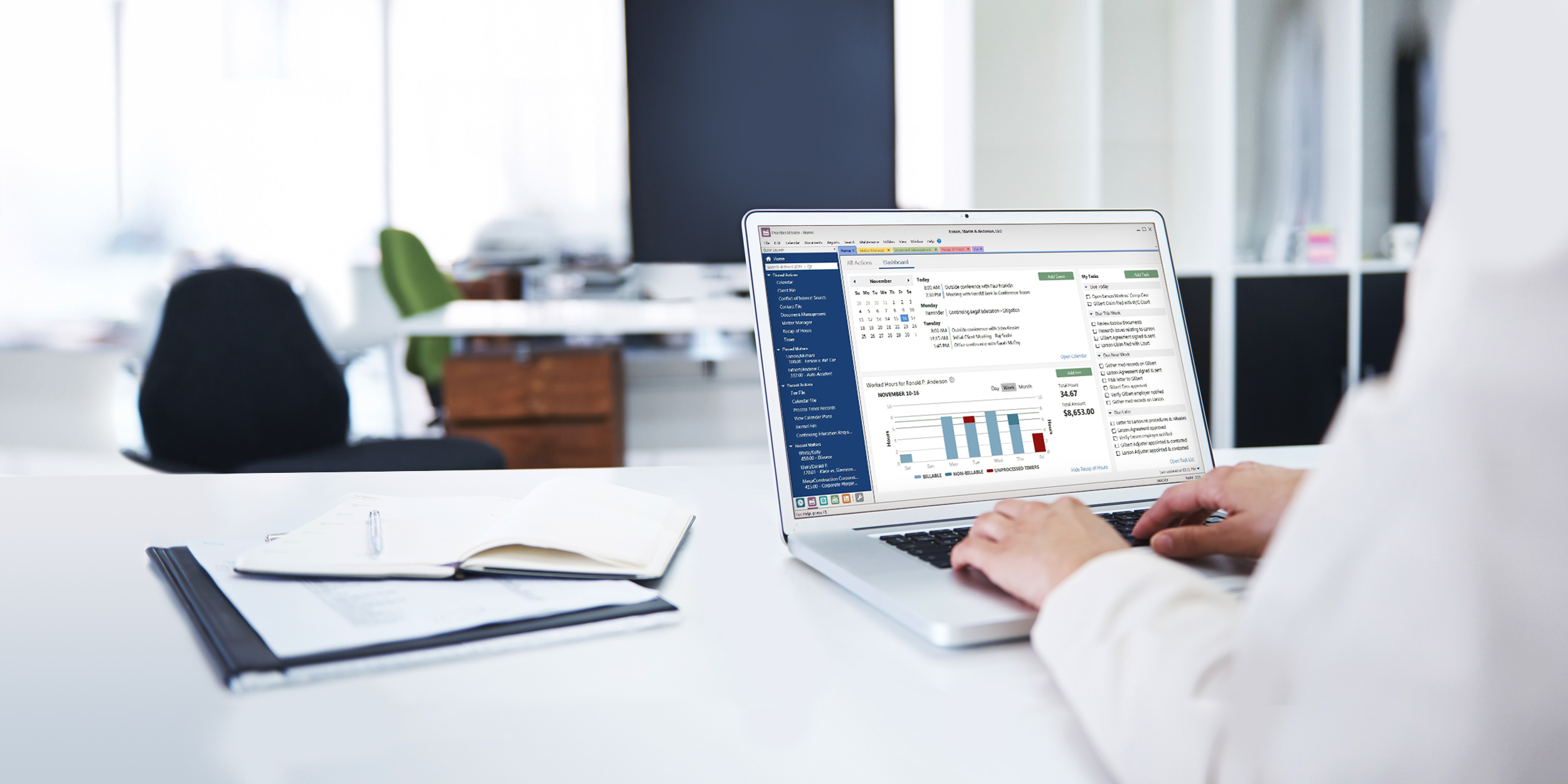